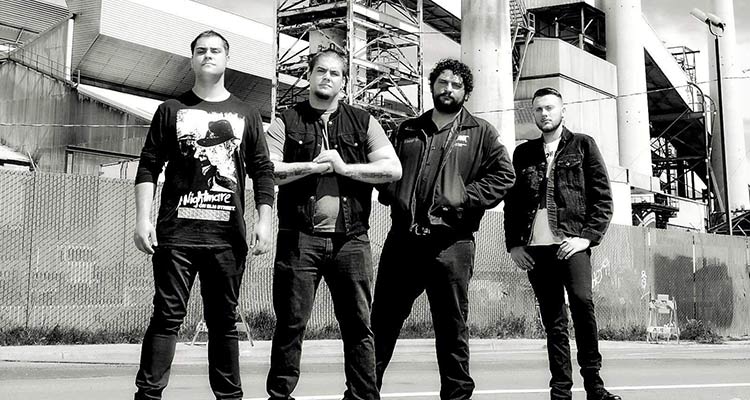 From Days Unto Darkness

So what do you do when you’re a respected metal vocalist and your sons want to start their own band? Right, you pick up the mic and lend a hand. That’s exactly what Steve ‘Zetro’ Souza thought when his sons Nick (drums) and Cody (bass) founded the thrash outfit Hatriot.

Steve Souza earns his spurs with Legacy (pre-Testament) and Exodus but also forms Dublin Death Patrol with Testament chief Chuck Billy in 2006. In Exodus he’s replaced by Rob Dukes between 2005 and 2014 so from 2010 onwards Souza focuses on Hatriot full-time - and with success! The albums ‘Heroes of Origin’ (2013) and ‘Dawn of the New Centurion’ (2014) remind the metal hordes what a real Bay Area thrash record sounds like. When ‘Zetro’ rejoins Exodus in 2014 it’s up to the new generation. Cody takes up mic duties instead of dad, who continues to coach and support the band. It takes a while for Hatriot to start the recording process for their third long-player but when ‘From Days unto Darkness’ drops in July 2019 the result is beyond anyone’s expectations. The album hits like a hydrogen bomb and Cody’s vocal chords are clearly a chip off the old block. Hatriot was added to our line-up when most of the slots were already taken and as a result we had no choice but to schedule them early on Friday. Much to their credit Hatriot were hell-bent on playing Alcatraz and didn’t care one bit about the early slot. That’s the spirit!!