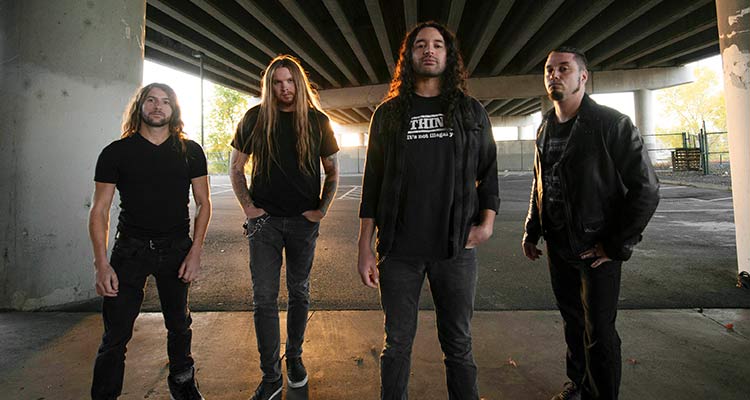 Havok formed in Colorado in 2004 and soon after the release of their maiden EP they were signed by extreme metal label Candlelight Records.

Their first full-length effort ‘Burn’ (2009) was a declaration of intent. Clearly indebted to the Bay Area legacy and New York thrashers Nucelar Assault, the album inflicts an old-style brand of auditory blunt force trauma seasoned with modern touches. Follow-up ‘Time Is Up’ (2011) offers more of the same with Megadethesque riffs, shredding solos and enough energy to power a mid-sized town. ‘Unnatural Selection’ (2013) signals a new step in songwriting as they partly abandon their usual frantically paced thrash attack and add more mid-tempo stuff. Their most recent outing ‘Conformicide’ (2017) is the next step in the band’s evolution. Their most varied record to date sees them combining chugging groove passages with the blistering speed that forged their reputation. One thing that hasn’t changed are the politically and socially charged lyrics in the style of Sacred Reich’s ‘The American Way’ or Megadeth’s ‘Peace Sells... But Who’s Buying’. If you had to pick the best bands from the thrash wave that emerged just after the dawn of the new millennium then Havok would be serious contenders for the throne.