Kobra and the Lotus 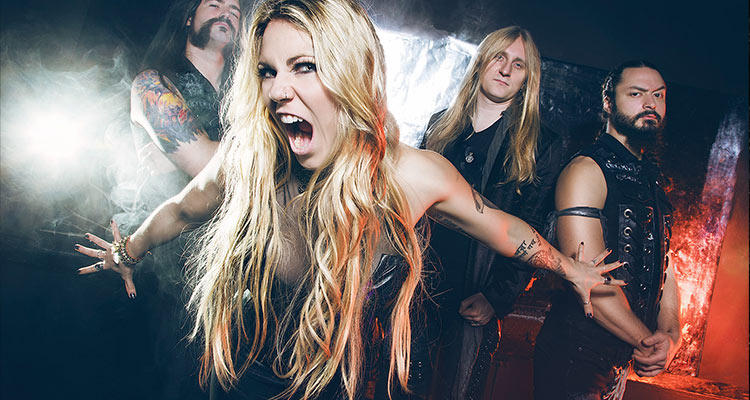 Founded in 2009, Kobra and the Lotus are already one of the most successful Canadian metal bands. The band fronted by Kobra Paige first comes to the fore in 2010 when Gene Simmons’ label encourages them to partially re-record and remix their debut ‘Out of the Pit’.

The album meets with rave reviews in the US and Canada and gives the impetus for a highly successful 16-month tour. Their material is inspired by and refers to classic metal bands such as Judas Priest, Dio and Iron Maiden, with frontwoman Kobra Paige’s Halfordian vocal range as the main attraction. Two years later, their self-titled sophomore CD unleashes an NWOBHM attack that leaves no one untouched. On ‘High Priestess’ (2014) the influence of new guitarist Jasio Kulakowski is clearly felt: the album takes a lot more cues from traditional heavy metal and hard rock and strays from the MWOBHM path. The result is a more airwave-friendly product and on the diptych ‘Prevail I & II’ the partnership between Kobra and Kulakowski comes to full fruition. Kobra and the Lotus are a must-see for melodic/power metal fans.