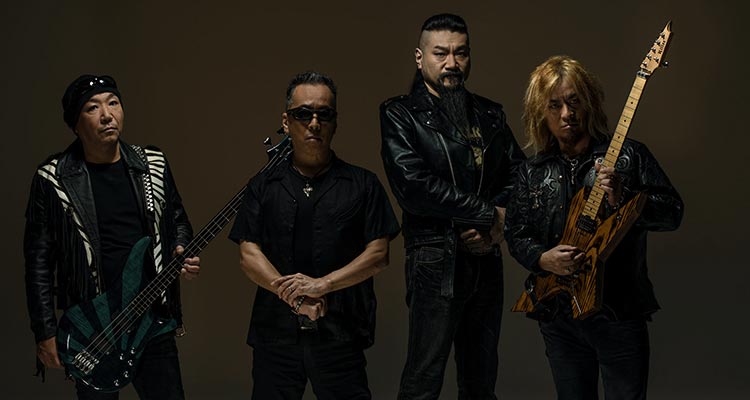 Thunder In The East

Guitar wizard Akira Takasaki & Co have been active since the early 80s. Loudness gains notoriety in the Low Countries thanks to Hanneke Kappen’s radio show Stampij that introduces listeners to a variety of new metal bands.

Their albums are now also distributed in Europe and that brings them to European stages for the very first time. Personnel issues sidetrack the band in the 90s although Takasaki continues to carry the torch as the sole remaining founder. In Japan Loudness remains very popular and the eponymous album ‘Loudness’ tops out at No. 2 in the Japanese charts. In 2001 the original line-up reforms and they continue to put out albums at a relentless pace with close to thirty studio albums to date. Loudness has been pretty active in Europe in recent years and ‘Rise to Glory’ (2018) aimed to revive the band’s worldwide popularity. Masayuki Suzuki was recruited following the untimely demise of drummer Munitaka Higushi. Takasaki, Suzuki, bassist Masayoshi Yamashita and vocalist Minoru Niihara walk a fine line between fast and technically virtuoso heavy metal on the one hand and commercial appeal on the other, as illustrated on their most recent outing.