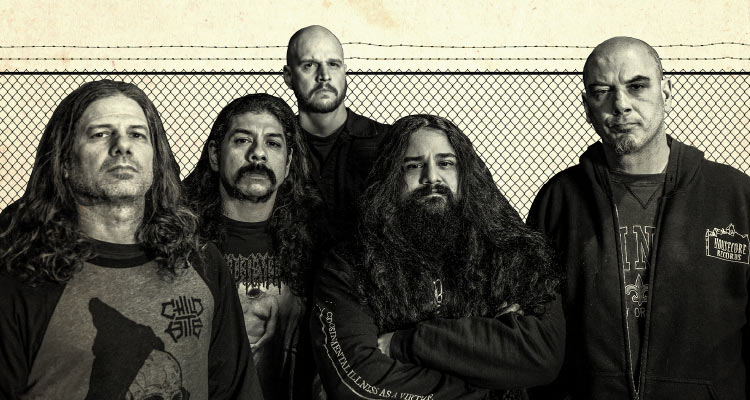 A Vulgar Display Of Power

Back in the day even extreme metal bands enjoyed a fair amount of commercial success.

This was before downloads and streaming services started playing a crucial role in the music industry. Arlington, Texas, was home to the Abbott brothers – Vinnie Paul and Dimebag Darrell – and in 1982 they recruited Rex Brown as Pantera’s new bassist. In the early years Pantera were a glam metal outfit but the addition of Philip H. Anselmo and the release of a series of seminal thrash albums had a major influence on the musical direction the band would take next. Out with the old and in with the chopping, the aggressive vocals and the groove-laden riffs (‘power groove’ in the band’s own words) we would come to know so well. Anselmo’s harsher delivery, faster drums and more intricate guitar work are key aspects of the transformation that led to the landmark album ‘Cowboys from Hell’ (1990). Strictly speaking this was album No. 5 but both the guys themselves and most of their fans consider this to be their true maiden release. ‘Vulgar Display of Power’ (1992) and ‘Far Beyond Driven’ (1994) completed a trilogy of amazing albums. Unfortunately, illegal substance abuse and internal strife ate away at the band’s foundations and in 2003 Pantera dissolved .Disaster struck the following year when a psychopath walked on stage at the start of a Damageplan show and shot several people to death, including Dimebag Darrell. Plans to honour the legacy of Pantera had been afoot for some time and even though Vinnie Paul is no longer around to see it, Phil and his band The Illegals have been gracing festival stages worldwide with a worthy tribute to the power groove masters of Pantera.