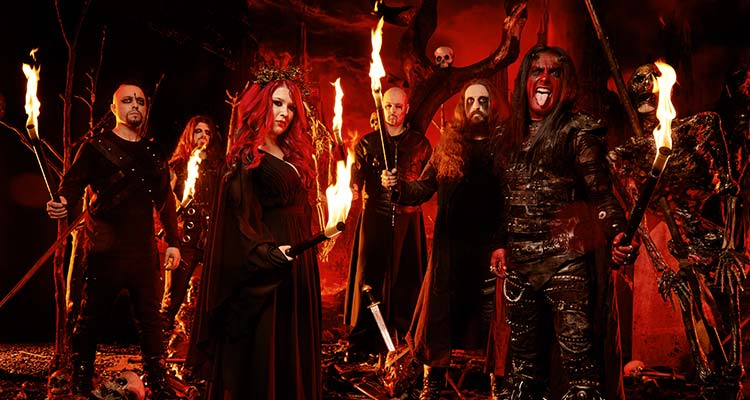 Dusk And Her Embrace

Cradle of Filth is the kind of group you either love or hate. The extreme metal band formed nearly three decades ago in Suffolk and their dynamic mix of fast black metal and NWOBHM-inspired guitar work is infamous and instantly recognisable.

The lyrical content on Cradle’s concept albums ranges from Vlad Tepes and Countess Elizabeth Bathory to Gilles de Rais and she-devil Lilith. Their style has continued to evolve over the years and the band openly renounce any attempt at categorisation. Cradle’s music is drenched in a gothic horror atmosphere typified by classic heavy metal guitar leads, resulting in an inimitable signature that defies genre definitions. Some fans have criticised the band for abandoning their early style but their willingness to evolve is probably why they’ve remained relevant all these years. Dani Filth is the only remaining founder by now by but this hasn’t slowed them down. On the contrary, their last two studio albums ‘Hammer of the Witches’ (2015) and ‘Cryptoriana – The Seductiveness of Decay’ (2017) blend power, thrash, goth, black, symphonic and death metal in that unique Cradle way.