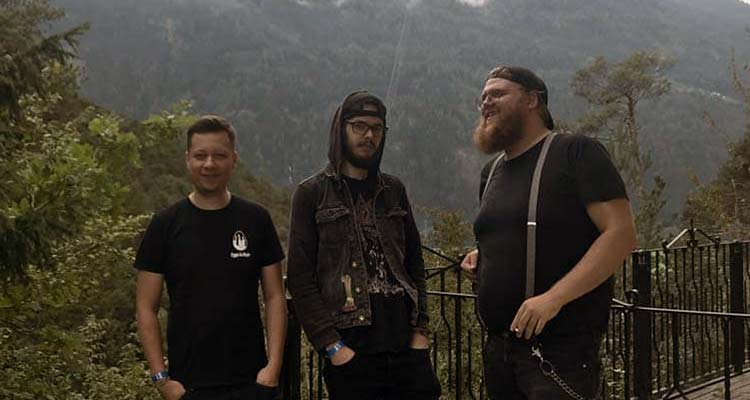 When guitarist Marvin Dinneweth, bassist Jeroen Moerman and drummer Arno Tucker Cottyn met at Desertfest in Antwerp no one could have predicted what would happen next.

Their 2016 debut ‘Smokonomicon’ and sophomore release ‘Circle of Magi’ (2017) attracted a great deal of attention and the Belgian instrumental three-piece were snaffled up by Hamburg label Stickman Records (Motorpsycho, 35007, Elder, Weedpecker) for the release of ‘Lantern of Gius’ (2018). Drawing inspiration from all across the musical spectrum and with a blatant disregard for genre conventions and traditions, their music has a stronger affiliation with progressive and post rock than with stoner and doom. Grotto construct a musical universe built on groovy and dense riffs, yet the open chords, spacious sounds and jangly tones set them apart from their peers. Tracks in excess of ten minutes are the norm rather than the exception and their most recent LP ‘Lantern of Gius’ takes the cake in that regard with just two songs. Last year at Desertfest Antwerp the fans were lucky enough to get a double helping of Grotto and their appearance at Alcatraz is the next step in a promising career.