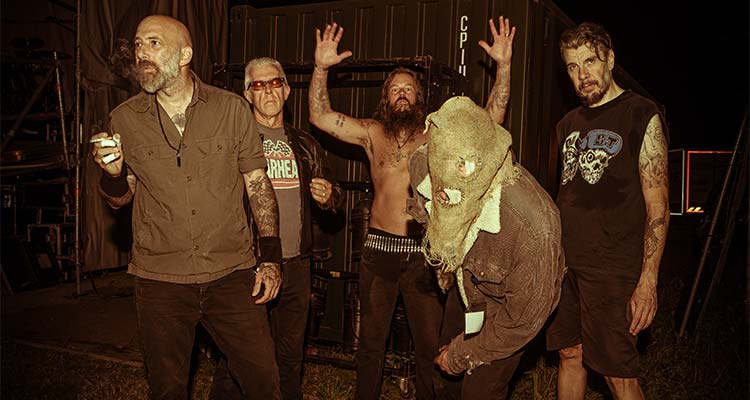 The release of ‘Sortilegia’ in November 2022 abruptly ended four years of radio silence for these veterans. The music of Brussels-based La Muerte is often called alternative rock or garage rock but those labels don’t do their work justice.

Vocalist Marc du Marais and guitarist Dee-J are the remaining founding members in a band that has been reviled by some and adored by others since its inception, as is often the case with artists whose alternative approach leaves no one untouched. La Muerte was founded in 1983 and by the end of that decade they were one of the most acclaimed Belgian bands, both in Belgium and – even more so – on the international music scene. Despite their success they called it quits in 1994 only to emerge from the mists of time in 2015. ‘EVIL’ (2015) and the self-titled ‘La Muerte’ (2018) proved that their brand of gloomy rock ‘n’ roll has stood the test of time and the same can be said of the sweltering live performances.