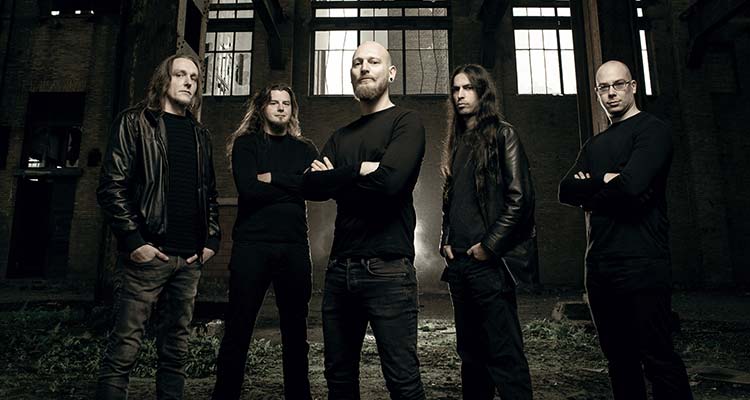 With abuse, neglect and even self-mutilation as some of the main lyrical themes – inspired in part by vocalist Guy Vercruysse’s day job - Belgian melodic death metallers Reject the Sickness have been exploring the darkest recesses of the human psyche since 2010.

Musically they concoct a mixture of thrash and death metal with progressive and ambient influences, keeping the intensity metre at 11 from start to finish. Reject the Sickness first made waves in 2013 with the mini-album ‘Bloodstained Eyes’ and two years later their full-fledged debut ‘Chains of Solitude’ hit the record shelves. In 2018 their sophomore effort ‘The Weight of Silence’ dropped but personnel issues cropped up soon after. However, they got back on track the following year with the aptly titled EP ‘The New Chapter’ (2019) and a more death/thrash-oriented sound and their latest slab ‘While Our World Dissolves’ (2021), their first record for the Italian WormHoleDeath label, is another step up for this ridiculously talented Belgian band.