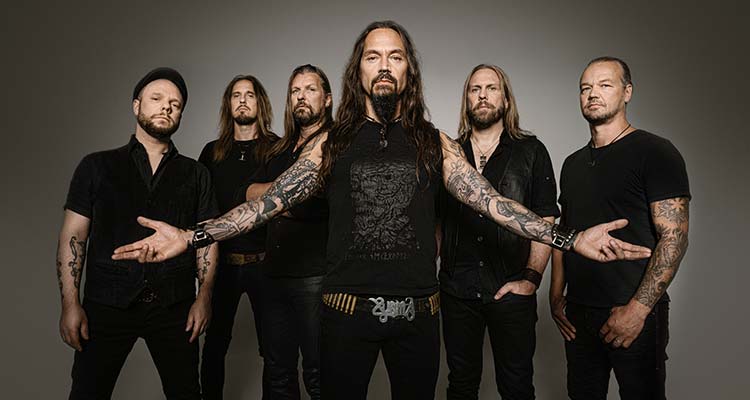 Originally founded as a pure death metal ensemble back in 1990 in Helsinki, Amorphis have evolved into a band that defies any attempt at categorisation.

Their epic 1994 album ‘Tales from the Thousand Lakes’ blended the band’s death metal roots with doom metal, folk and psychedelic elements, with the melodic accents creating a magical atmosphere. Never looking back, they have since continued to push the boundaries. The addition of singer Tomi Joutsen resulted in such top-notch albums as ‘Silent Waters’ (2007), with its catchy clean vocals and spine-chilling growls, a brooding and melancholic atmosphere and tonnes of musicianship. ‘Under the Red Cloud’ (2016) is the first instalment of a trilogy, a perfect cocktail of their early and later work with some tracks leaning towards death/doom metal, while others are folk-oriented or exhibit progressive tendencies. 2018’s ‘Queen of Time’ is vintage Amorphis while introducing Middle Eastern accents that are also present on ‘Halo’ (2022). ‘Consistent brilliance’ are the only two words needed to describe Amorphis.