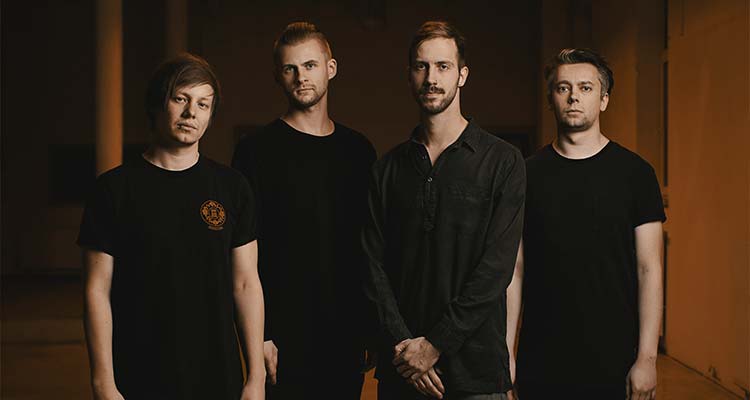 The western part of Germany has a stellar international reputation as the cradle of power metal but that part of Germany that used to be behind the Iron Curtain also has its fair share of excellent bands.

Annisokay (pronounced as Ann Is Okay) has been around for fifteen years and is a household name on the European post hardcore scene. They pair metalcore riffs and an uncompromising sonic attack with rap, screamo and massive melodic hooks. Their 2012 debut ‘The Lucid Dream’ resonated on the post hardcore scene and a new record deal helped them achieve commercial success both in Germany and abroad. In 2016 they played their first Belgian show in support of their third album ‘Devil May Care’ and in 2018 they even toured the US, Russia and Japan. On ‘Arms’ (2018) they introduced electronic elements in their music without sacrificing the oppressive assault of previous recordings. Their latest slab ‘Aurora’ dropped in 2021 and in that same year they collaborated with Within Temptation on their single ‘Shed My Skin’.