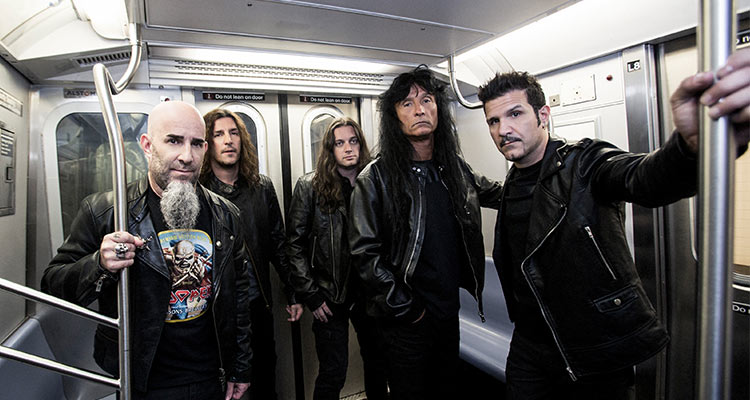 Formed in 1981, Anthrax are one of the founding fathers of thrash and their maiden album ‘Fistful of Metal’ (1984) is one of the earliest thrash records.

Noted for their sense of humour and explosive live performances, Anthrax forced a worldwide breakthrough with the seminal album ‘Among the Living’ (1987), ‘State of Euphoria’ (1988) and the more serious ‘Persistence of Time’ (1990). Influenced by the lively New York punk and hardcore scene, Anthrax blended those style with thrash, effectively becoming one of the world’s first crossover bands. Line-up changes and legal problems temporarily killed their mojo but the new millennium brought a new start with the 2003 release of the critically acclaimed ‘We’ve Come for You All’. In 2010 Joey Belladonna returned to the fold and the following year Anthrax dropped one of their best albums in years with ‘Worship Music’. ‘For All Kings’ (2016), the first album to feature new lead guitarist Jon Donais and their last record to date, simply picks up where ‘Worship Music’ left off and induces a state of mild euphoria with plenty of hooks, an unrelenting drive and Joey Belladonna’s undiminished vocal range and power. Keep an eye out for a new record in 2023 as well.