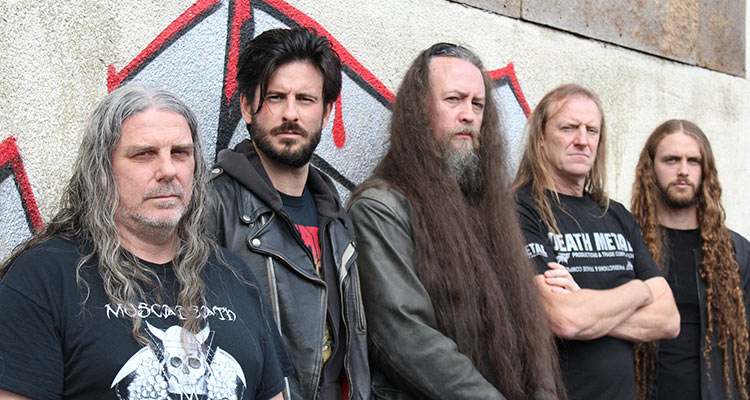 British death metal peddlers Benediction were one of the most popular bands on the death metal scene in the early 90s.

Classic albums such as ‘Subconscious Terror’, ‘The Grand Leveller’ and the landmark album ‘Transcend the Rubicon’ carve their name in the death metal history books in bloodred lettering and their excellent live reputation has them crossing the channel on a regular basis. Imposing frontman Dave Ingram leaves in 1998 and Benediction never fully recovers. ‘Organised Chaos’ (2001) is followed by a seven-year recording hiatus and ‘Killing Music’ (2008) aptly turns out to be their last CD to date. Then in 2019 Dave Ingram returns to the fold and the first shows in the familiar line-up immediately revive the old chemistry and drive. ‘Scriptures’ (2020) illustrates why it takes a twin guitar attack to produce a classic death metal sound with a profusion of low-tuned and distorted guitars. Dave Ingram’s contribution on the new album easily puts to rest any concerns long-time fans may have had that two decades away from the front might have eroded his vocal capabilities. Benediction are back and, cliché notwithstanding, they’re stronger than ever. Live mainstays as ‘Vision in the Shroud’, ‘Nightfear’ and ‘Jumping at Shadows’ will take their toll so be there!