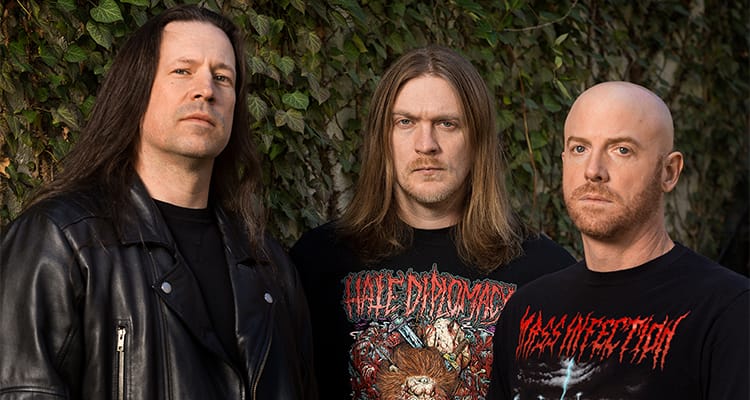 Formed in 1991 during the height of the death metal explosion, Dying Fetus were one of the first death metal/grindcore acts to make a name for themselves.

They are widely recognised as consummate songwriters, with a level of technical virtuosity and infectious songwriting few of their peers have been able to emulate. Rising to prominence in the late 90s with such contributions as ‘Purification through Violence’ (1996) and ‘Killing on Adrenaline’ (1998), a flurry of line-up changes temporarily halted their ascension. The addition of bassist Sean Beasley restored the balance in the band, eventually giving rise to the signature vocal tandem comprised of Beasley and sole remaining founder John Gallagher. Ever since their return to form on ‘Stop at Nothing’ (2003) they’ve remained a force on the extreme metal scene and the title of their last full-length to date says it all. With complex song structures, punishing breakdowns, slam riffs, blast beats and the trademark Gallagher/Beasley vocal attack, ‘Wrong One to Fuck with’ (2017) is yet another Dying Fetus masterpiece.