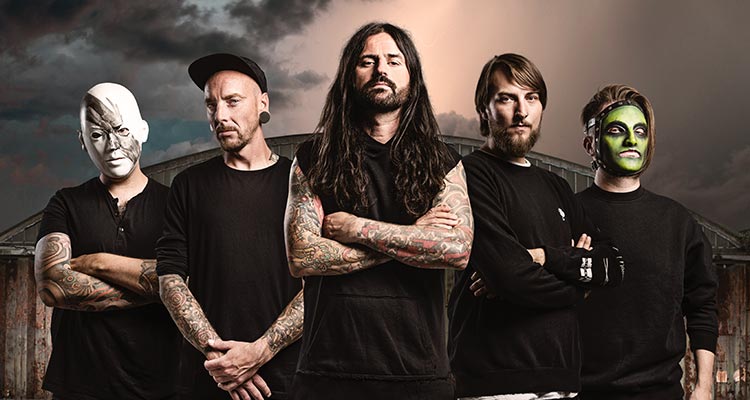 Sometimes things get out of hand. Take a frivolous little story about the ghost of Dimebag Darrell calling on a young guy to save heavy metal, for instance. That and a track about a Metallica T-shirt is all it took to put Fleddy Melculy on the map.

Initially the popular perception was that Fleddy would turn out to be a one-hit wonder but lo and behold, Fleddy Melculy is still around and going from strength from strength. Sony Music took an interest and following the release of the ‘Wat De Fok?’ EP and their full-length debut ‘Helgië’ (‘Hellgium’) things looked totally different. All of a sudden everyone wanted to see Fleddy Melculy. Radio station Studio Brussel included them in their daily play list and Fleddy Melculy has been on a roll ever since. And rightly so: underscored by lyrics that reflect on the most trivial and ludicrous subjects, their metalcore is absolutely top-notch. The next chapter came in 2018 came with ‘De Kerk Van Melculy’. The band has meanwhile outgrown the gimmick stage, as illustrated by their excellent live album recorded at GMM2018. Meanwhile we’d been gearing up for their next full-length but Covid-19 hit just before the release of ‘Sabbath Fleddy Sabbath’. The release show at Trix and a slew of shows at home and abroad all went up in smoke but Fleddy & Co took the bull by the horns: they launched a series of successful singles and found new slots in 2021 for all cancelled shows. Alcatraz is also on Fleddy’s itinerary and rest assured: Kortrijk will never be the same.