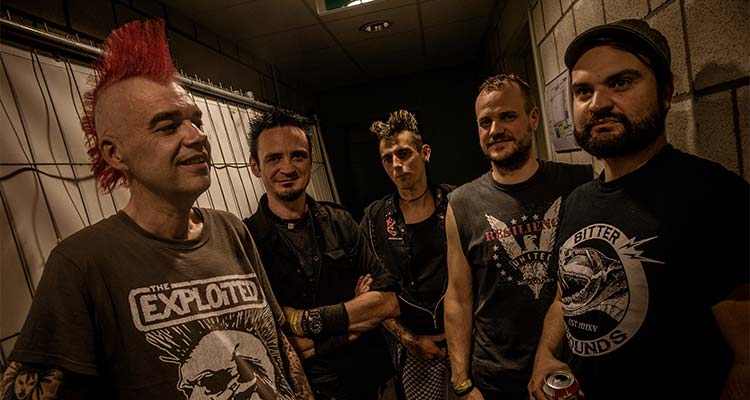 Free Beer For The Punx

Punk’s dead? Of course not! The pogo punks of Funeral Dress are dropping by this year to celebrate the 35th anniversary of their inception and at this rate they’ll be celebrating their 50th at Alcatraz as well.

1990’s ‘Free Beer for the Punx’ is rightfully regarded as Belgian punk heritage and put these Mohawks on the same stage of such punk greats as Sham 69, GBH and The Exploited. Although Funeral Dress also toured the States it took a personnel change for the penny to drop at home. In the early noughties Belgium finally fell for ‘Party On’ – call it the ‘Wat Zullen We Drinken’ of the new millennium. The song opened doors both at home and abroad, landing them support slots for Simple Minds and Deep Purple as well as an appearance in the movie ‘Ex-Drummer’. For their 35th anniversary the band are working on a new album they’ll be happy to showcase at Alcatraz. Punk’s not dead, it just smells funny!