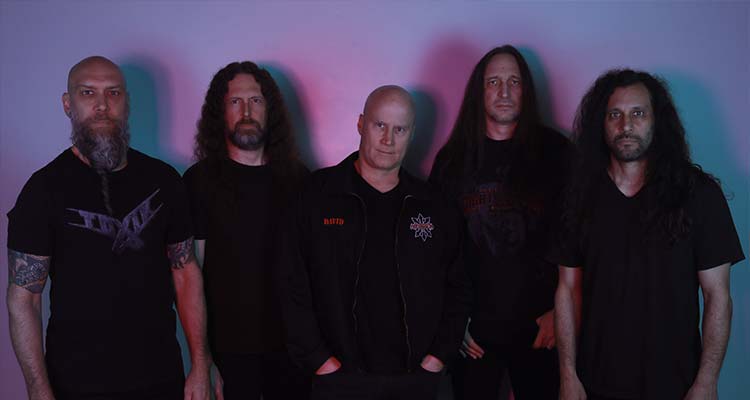 The Americans from Heathen exploded onto the thrash scene with their 1987 rookie release ‘Breaking the Silence’, a thrash record with obvious NWOBHM influences, whereas follow-up ‘Victims of Deception’ (1991) is a classic example of Bay Area thrash with intricate song structures, tempo changes, fast riffs, odd time signatures and ripping solos.

In 1992 the band members went their separate ways but the new millennium inspired guitarist and driving force Lee Altus to revive the band. ‘The Evolution of Chaos’ wasn’t released until 2009 but nearly two decades of radio silence didn’t dull Heathen’s edge. A shitload of meaty riffs, skin-flaying solos and intricate melodies make the relaunch a vibrant return to form. The skeleton for the new album was actually built in 2014 but due in part to Kragen Lum (touring member when Gary Holt was shredding with Slayer) and Lee Altus’s involvement in Exodus (full member) it took six more years to apply the final touches to album number four, ‘Empire of the Blind’, which dropped in 2020 and hearkens back to the golden age of Bay Area thrash. While Heathen are slow in terms of productivity, the opposite is true of the music on what is arguably their best work to date. The lyrical themes are contemporary, dealing with topics as social media, government treachery and the ongoing pandemic. Bay Area style at its crunching best!