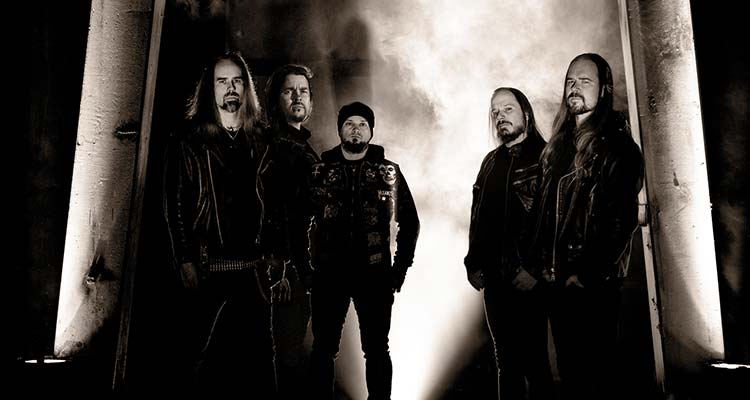 Finnish melodic death metallers Insomnium formed in 1997 in the somnolent little town of Joensuu. Two demos recorded in quick succession at the end of the millennium caught the attention of UK label Candlelight Records, who released their maiden album ‘In the Halls of Awaiting’ (2002).

Their progressive but catchy approach with melodic but brutal tracks combines the best of Scandinavian death metal and nature and folk-inspired traditional songs. Their sophomore effort ‘Since the Day It All Came Down’ takes a similar approach but the desolate, all-hope-is-lost atmosphere is even stronger here. ‘Above the Weeping World’ (2006) takes things up yet another notch and transcends the limiting boundaries of genre appeal, with a sound that is richer, more menacing and darker than its predecessors. Insomnium’s stylistic crux on every release is melodic death metal but they are not afraid to enrich their core approach with other genre influences e.g. doom and thrash undercurrents on ‘Above the Weeping World’, or black metal and goth snippets on ‘Heart Like a Grave’ (2019), their most recent outing to date, or the acoustic interludes that give the listener a breather to digest what has gone before. Even if you’re not a melodic death fan by nature then Insomnium may well change your mind.