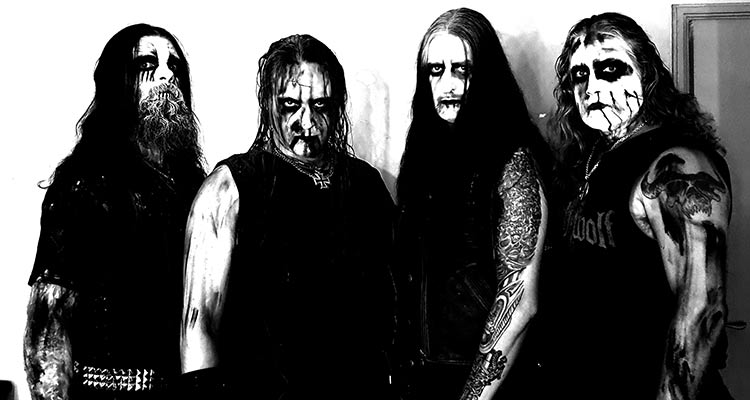 Founded three decades ago, surrender is still not an option for Swedish black metal regiment Marduk.

The black metal legends from Norrköping keep putting out new albums like clockwork and contrary to many of their contemporaries they haven’t mellowed over the years, neither musically nor lyrically. Back in the day, they were mainly inspired by satanic and anti-Christian themes; in recent years, though, their favourite subjects have included WWII and the Third Reich. The backlash from certain quarters and the accusations of right-wing sympathies were predictable but Marduk have always distanced themselves from such circles. The Swedish band’s 13th studio album ‘Frontschwein’ highlights their non-stop black metal pummelling side. The frantic pace of the album also marks their live performances, although their curriculum also includes a smattering of slow and ominous tracks. Their most recent effort ‘Viktoria’ is a combination of the former and Marduk’s more melodic side, proving that black metal can sound varied and still be crushingly oppressive at the same time. A Marduk gig can be compared to being subjected to a heavy artillery barrage. If you can’t take the heat then get out of the field of fire.