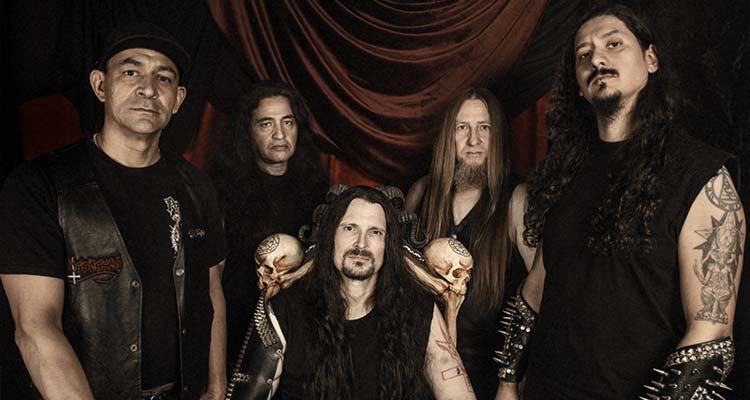 Possessed are routinely credited with fathering both the black and death metal genre. The latter is believed to stem from the title of their first demo, aptly titled ‘Death Metal’.

Their first two full-lengths, the groundbreaking ‘Seven Churches’(1985) and ‘Beyond the Gates’ (1986), as well as the EP ‘The Eyes of Horror’ (1987), had a major influence on a slew of extreme metal bands that cropped up in later years, including Napalm Death and Death. They were also a seminal band of the emerging Bay Area thrash scene. Unfortunately their success was short-lived as internal strife led to the band’s demise. Guitarist Danny Lalonde went on to found Primus with Les Claypool while guitarist Mike Torrao and drummer Mike Sus pursued different careers. Frontman/bassist Jeff Becerra had the misfortune of being paralysed from the chest down following a shooting in a robbery but the only remaining founding member in the line-up doesn’t let the wheelchair get in the way of a Possessed live performance. 2019’s ‘Revelations of Oblivion’ ended a 33-year recording dry spell. Jeff Becera sounds as vital and powerful as ever despite the shooting and is offset by the Creamer-Gonzalez guitar tandem that alternately rips your guts out and drops jaws with its technical prowess. Yet another highly anticipated debut and a must-see for younger thrash/death/black metal fans.