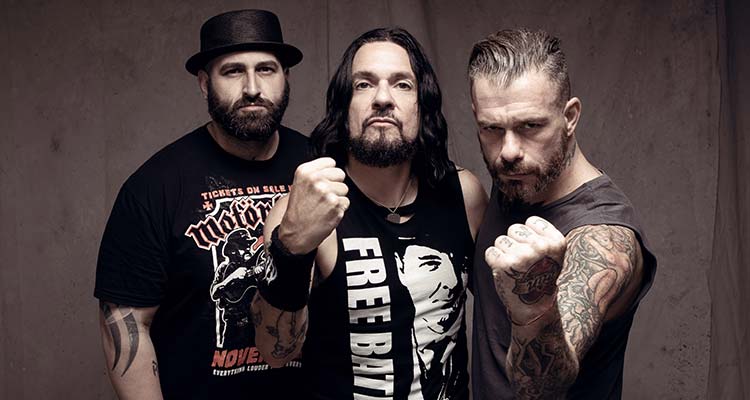 Prong are a pioneering band in the truest sense of the word. They first came to the fore in the late 80s with their excellent debut ‘Force Fed’ at a time when singer/guitarist/band leader Tommy Victor was working at the legendary club CBGBs.

Together with fellow New Yorkers Helmet, Prong became one of the top acts on the alternative scene in the 90s and their music appealed both to alternative music fans and metalheads. Today successful bands like Korn and Nine Inch Nails still quote Prong as a major influence on their music. Apart from the 1996-2002 hiatus, Prong were never completely out of the picture, only taking the occasional break to regroup. In the interim, Victor played on and off with Danzig and Ministry and when Prong reformed full-time in 2007, Al Jourgensen signed them to his 13th Planet Records. Three and a half decades after their inception, standout tracks like ‘Prove You Wrong’, ‘Whose Fist Is This Anyway’ and ‘Snap Your Fingers, Snap Your Neck’ have lost none of their punch but there’s lots more to choose from. Their 2016 release ‘X - No Absolutes’ is a collection of fast & melodic, often thrashy tracks and ‘Zero Days’ (2017) ventures into melodic rock and groove metal territory. Their twelfth studio album should be released sometime during 2023.