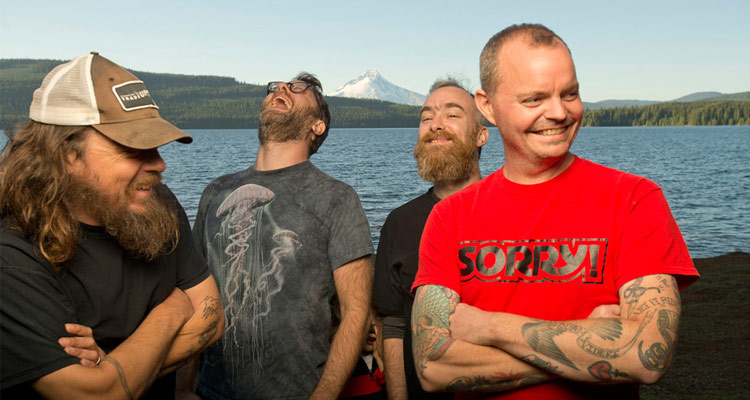 The American stoner rock band Red Fang from Portland, Oregon, has been travelling the rocky road to success since 2005.

While the tongue-in-cheek approach to their self-titled debut was lots of fun - who doesn’t remember the video for ‘Prehistoric Dog’ - their sophomore full-length effort ‘Murder the Mountains’ (2011) was a serious step up, the surplus in resources really shining through in the production without killing the head-nodding factor. According to one of the band’s favourite quotes, they make music that ‘appeals both to the thinking and the banging head’. After several successful tours opening for the likes of Mastodon and a first headlining tour in 2012, they started to make their mark on the European scene by playing a number of major festivals. ‘Only Ghosts’ (2016) is their fourth full-length and once again raised the bar in terms of songwriting. Give the album’s hook-driven singles ‘Flies’ and ‘Shadows’ a spin and you’ll soon find out what Red Fang are about.