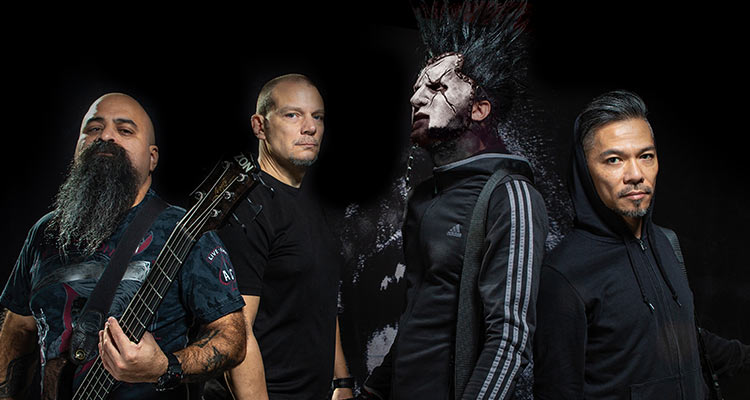 With Static-X, 2019 saw the resurrection of one of the most intriguing industrial/nu-metal bands from around the turn of the millennium. Founder and figurehead Wayne Static, the ‘terminator of contemporary music’, died on All Saints’ Day 2014 but this hasn’t kept the rest of the crew from writing a new chapter.

As a replacement for their iconic leader they recruited a new and mysterious frontman known only as Xer0. The decision to cast Xer0 in a Wayne Static mask sparked some controversy but the band insists it’s all part of the healing process. The internet went apeshit and tickets for the reunion shows sold like hotcakes. In October 2019 the fans at Trix, Antwerp, witnessed first-hand that the original line-up of Koichi Fukuda (guitars), Tony Campos (bass), Ken Jay (drums) are still up for it and that Xer0 is the right man for the job. Static-X celebrated the twentieth anniversary of their debut ‘Wisconsin Death Trip’, a true genre classic with tracks like ‘Bled for Days’, ‘Push It’ and ‘Love Dump’. To top things off a new album called ‘Project Regeneration Vol. 1’ dropped in 2020! The album featured some of the last vocal recordings of Wayne Static, with Xer0 contributing additional vocals. Static-X is still very much the vehicle of its now deceased frontman and with Vol. 2 in the pipeline the legacy goes on!