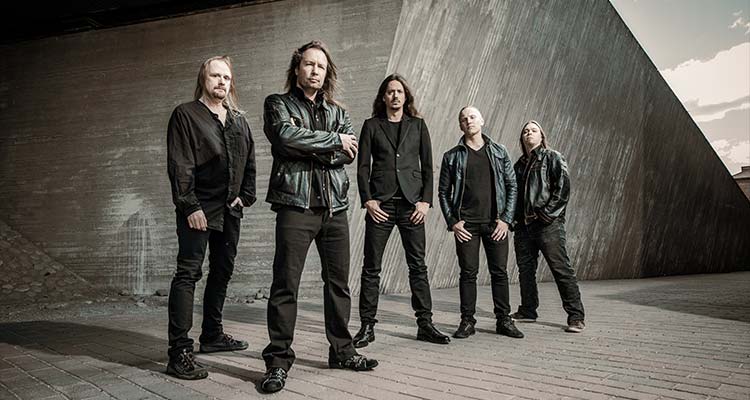 Finnish power metallers Stratovarius formed in 1985 and are one of the most influential European bands to emerge in the genre. Their output is further characterised by elements of neoclassical metal, symphonic metal and progressive metal.

Their history is turbulent to say the least, with numerous line-up changes. Formed in 1984, they didn’t release their debut ‘Fright Night’ until 1989 but it was breakout album ‘Visions’ (1997) that ultimately became a kind of blueprint for many of their genre peers. The title track alone, a lengthy and epic tale about the French seer/astrologer Nostradamus, complete with narration, makes the album a great buy. The tracks are fast and catchy, the solos amazing and Kotipelto’s soaring vocals and passionate delivery created the mould for power metal vocalists of that generation. By this time they had built a strong and fanatical fan base abroad and at home and ‘Infinite’ (2000) even topped the Finnish charts. ‘Elements Pt. 1’ and ‘Elements Pt. 2’ (2003) elevated everything that’s great about Stratovarius to the next level. Crushing, fret-mangling riffs, catchy keyboards, powerful vocals, a mood setting masterclass and individual musicianship. With fifteen studio albums to date Stratovarius have more than enough ammunition in their catalogue, both in terms of quantity and variety. Power metal maniacs won’t want to miss this.