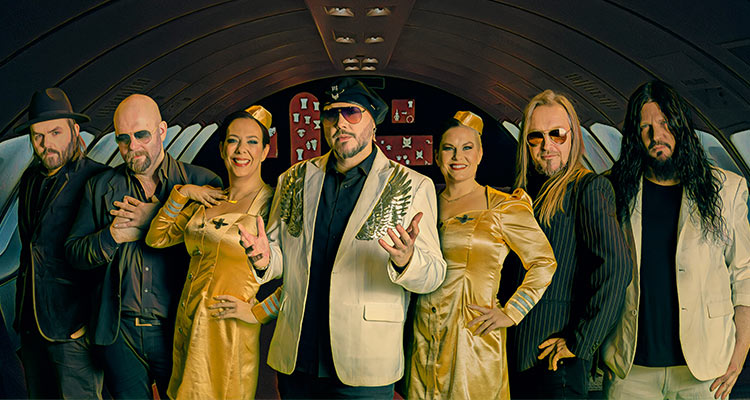 The recipe has remained unchanged for five albums now but quality never gets old. Their most recent outings ‘Aeromantic’ (2020) and ‘Aeromantic II’ (2021) made it onto many an end-of-year list and just like the first four instalments they take the listener on a sonic voyage to the various star systems of classic rock. The versatility of vocalist Björn ‘Speed’ Strid (Soilwork) never ceases to amaze and is perfectly complemented by the impressive keyboard solos and finger-licking guitar work. Every single track contains one or several nods to classic giants such as ABBA, Boston, Toto, Fleetwood Mac, KISS, Foreigner, Alan Parsons, Steely Dan, etc. without stooping to shameless copying – on the contrary! While being reminiscent of some of the highlights in rock history, the music is still original enough to avoid the ‘been there, done that’ label. AOR, funk, disco, pop rock... The Night Flight Orchestra does it all and everyone’s invited to the party. It’s high time the world realised how unique this band really is.