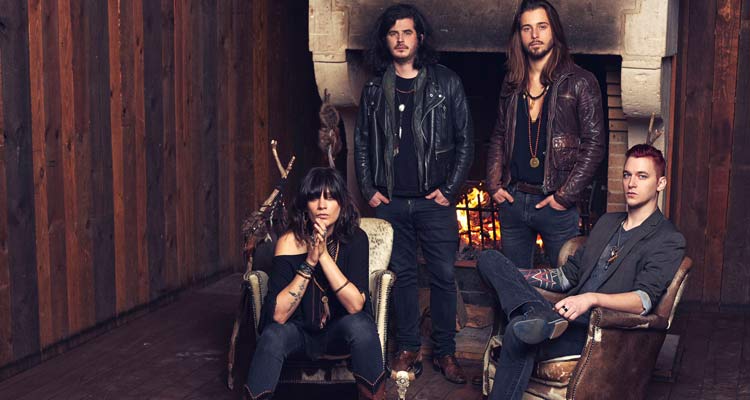 Look Into The Black Mirror

The Brussels outfit Black Mirrors first comes to the fore in 2014 with a self-released EP. Three years later they land a record deal with the Austrian Napalm label and they burst upon the retro scene with ‘Funky Queen’, a surprisingly strong EP that’s on a par with the output of Blues Pills, Wolvespirit or Pristine.

What’s more, singer Marcella Di Troia gives them all a run for their money with her powerful, deep and bluesy voice that fits the band’s grungy, stoney, heavy blues rock sound like a glove. Those who witnessed their Alcatraz debut last year will be nodding their heads by now. Their full-length debut ‘Look into the Black Mirror’ (2018) showcases the quartet’s potential with a collection of compelling tracks that chill spines and make neck hairs stand on end. In addition to the throat of Di Troia the line-up also includes three passionate instrumentalists with guitarist Pierre Lateur, bassist Gino Caponi and skinsman Edouard Cabuy. Not the biggest name at our festival this year but definitely one to see because Black Mirrors is going places.