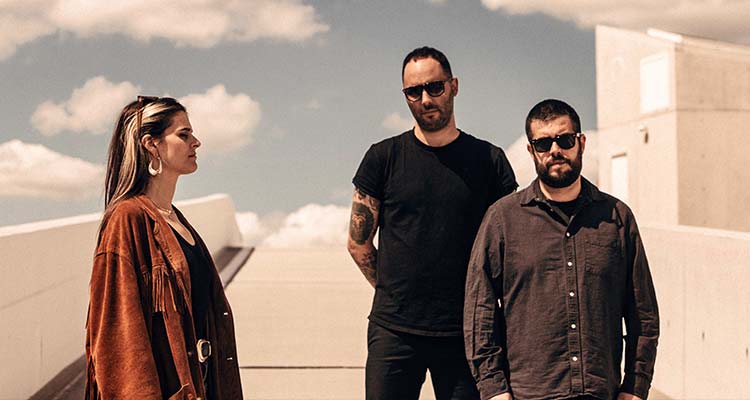 Brutus formed in 2013 as a Refused tribute act. When bassist Peter Mulders and guitarist Stijn Vanhoegaerden auditioned for a new drummer they invited local talent Stefanie Mannaerts and she blew them away with a note-perfect rendition of the album ‘The Shape of Punk to Come’ by Swedish hardcore legends Refused.

In those first few years they mainly toured locally, dropping several singles and EPs along the way. On their debut ‘Burst’ (2017) their signature sound took shape with elements from prog, mathcore, black metal and post-rock. Meanwhile Mannaerts had also manifested herself as an excellent vocalist, easily switching between powerful clean and harsh vocals while playing complex math rock rhythms. On their sophomore album ‘Nest’ Mulders and Vanhoegaerden convinced her to fully embrace her vocal talent. ‘Nest’ (2019) solidified their fan base and ‘Unison life’ (2022) offers another varied clutch of top tracks. Slightly more accessible than its predecessors, ‘Unison Life’ showcases a power trio that is still evolving without endangering their cross-genre appeal. After all, there’s a reason why their fans include metalheads, indie fans, punks and more.