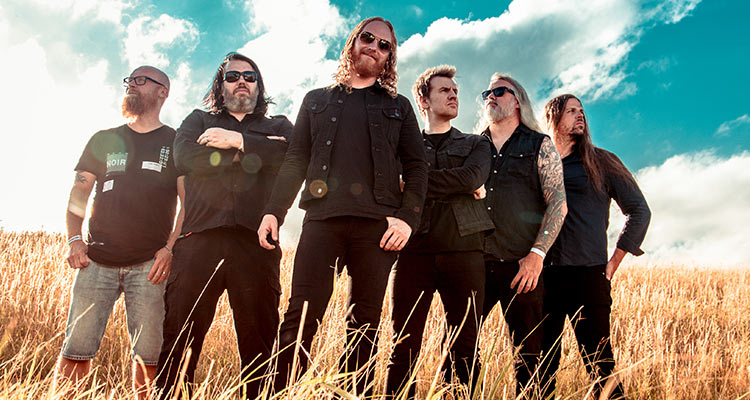 The Gothenburg sound emerged in the 90s as a more melodic offshoot of the Swedish death metal attack launched by bands like Entombed and Unleashed.

In Flames, At the Gates and Dark Tranquillity were the progenitors of this so-called melodeath scene. Dark Tranquillity have been able to keep their line-up rather consistent over the years with vocalist Mikael Stanne, guitarist (and artwork guru) Niklas Sundin, skinsman Anders Jivap and keyboardist Martin Brändström. Former Tiamat bassist Anders Ivers joined in 2015. Their debut ‘Skydancer’ (1993) set the benchmark for a whole generation of melodic death metal bands and his rarely been equalled, even though DT themselves came close with their sophomore release ‘The Gallery’ (1995) and ‘Damage Done’ (2002). ‘Construct’ (2013) is probably a good place to start for the DT uninitiated with its overview of DT styles from the more mellow and melodic to pure Gothenburg death. Their latest outing ‘Atoma’ (2016) continues along this vein with a blend of typical death metal chugs and lighter passages, the signature TD tag team of melodic keyboards and gripping riffage, the alternating clean and harsh vocals and a mix of memorable melodies and more extreme ingredients. With consistent quality as their strongest characteristic you can simply pick up any DT album and experience why they are still one of the best melodic death metal bands around.