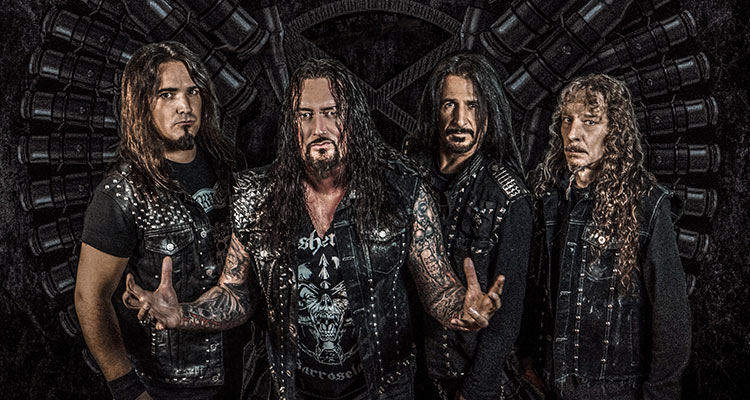 When thrash emerged in the early 80s Germany proved extremely fertile ground with its own version of the Big Four: the Big Teutonic Four are Kreator, Sodom, Destruction and Tankard.

Destruction form in 1982 and following two EPs their full-length debut ‘Infernal Overkill’ hits the shelves in 1985. Although the band members are still teens at the time, their debut and follow-up ‘Eternal Devastation’ (1986) pave the way for ‘Release from Agony’ (1988). The addition of second guitarist Harry Wilkens makes for a heavier guitar sound but the technical thrash fails to achieve meaningful commercial success. Tensions lead to vocalist/bassist Schmier being fired from the band and Destruction adopts a more progressive course. When Schmier returns to the old nest in 1998 Destruction recaptures its old school vibe and since then they’ve stayed the course. Sifringer’s long-time wish to once again recruit a second axeman is finally fulfilled with the addition of new lead guitarist Damir Eskic. He makes his recording debut for Destruction on ‘Born to Perish’ (2019) and we can’t wait to see the new beefed-up line-up live!