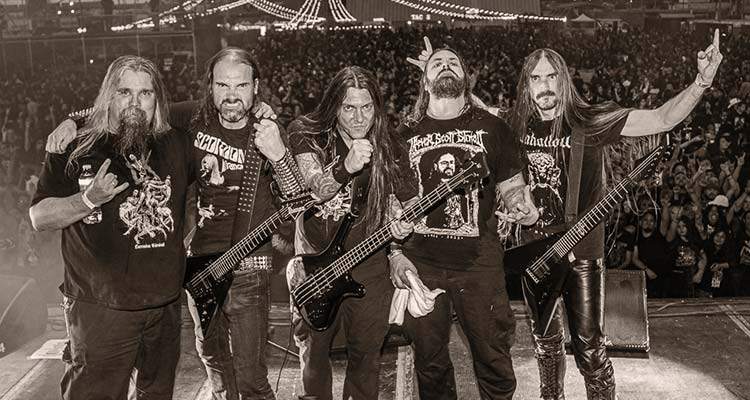 The Big Four is a common concept in multiple metal subgenres. For Swedish death metal the quartet consists of Entombed, Grave, Unleashed and Dismember.

The latter materialised in 1988 in Stockholm and in those 34 years they have never made concessions or changed their original style or sound. Fun factoid: in 1991 Dismember’s distribution company was taken to court due to the lyrical content of their debut ‘Like an Ever Flowing Stream’. Fortunately they managed to prove that the content was neither indecent, pornographic nor obscene. Dismember offer death metal of the purest ilk with lyrics that often refer to World War Two – one of singer Matti Karki’s pet subjects. They disbanded in 2011 but reformed in 2019 to celebrate the 30th anniversary of the band’s formation. While they always play a selection of tracks that is representative of their entire catalogue, the actual set list is often spur-of-the-moment. Somewhere down the line they hope to start recording new material but these death metal pioneers have more than enough ammunition in their back catalogue for a spine-chilling show at Alcatraz.