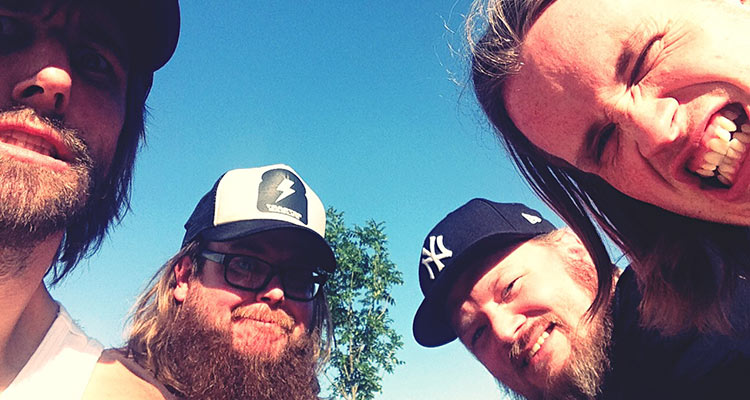 European stoner rock pioneers Dozer form in 1995 in the north of Sweden and first make waves beyond Swedish borders when they record a split EP with John Garcia’s Unida. Shortly afterwards Dozer send a demo tape to the legendary Man’s Ruin Records label and the label owner is so impressed that he signs them on the spot.

Man’s Ruin releases both their debut ‘In the Tail of a Comet’ and their sophomore effort ‘Madre De Dios’ to unanimous critical acclaim. It is often said that a band’s third album is crucial and Dozer nail it with ‘Call It Conspiracy’, an album recorded with top producer Chips Kiesbye. The album consolidates their status as a top stoner band and is followed by ‘Through the Eyes of Heathens’ (2005) and ‘Beyond Colossal’ (2008), but after a short European tour Dozer announce they’re going on an indefinite hiatus. Singer Fredrik Nordin has decided to go back to school while other members have meanwhile teamed up in Greenleaf. Three years later Dozer announce that the band is active again and has booked a limited number of shows - in 2015 both Greenleaf and Dozer play Desertfest in Antwerp. In 2020 the band re-releases its first three albums through Heavy Psych Sounds, which the fans hope is a prelude to new recordings, and this summer a selection of their best work will shake our prison walls to their foundations.