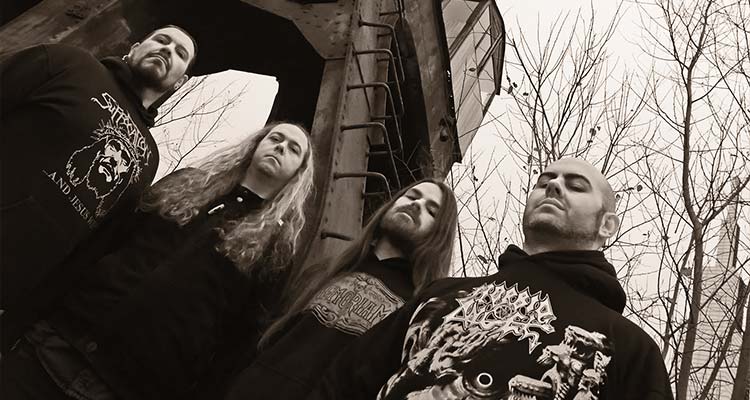 Founded almost two decades ago by three friends from West Flanders, Fractured Insanity got off to a furious start with the independent release of their maiden EP ‘The Ethics of Nihility’ (2006) and their debut full-length ‘When Mankind Becomes Diseased…’ (2007).

Once a stable line-up had formed, they stormed stages across Belgium and even embarked on a UK tour. Follow-up ‘Mass Awakeless’ was released to great critical acclaim, leading to more bookings across Belgium, the Netherlands and the UK as the current line-up of Ignace (drums), Kenny (guitars), Dieter (guitars) and Stefan (bass/vocals) took shape. They carried the momentum forward to record ‘Man Made Hell’, which signalled the next step in their ongoing conquest of Europe thanks to appearances at a number of summer festivals across the continent. Their most recent slab to date, ‘Massive Human Failure’ didn’t get the exposure it deserved due to the COVID-19 pandemic but they’ll make up for that this summer. Fractured Insanity play death metal of the most brutal variety, drawing inspiration from the likes of Suffocation, Behemoth, Decapitated, Hate Eternal and Krisiun. Influences include black metal, Polish and old school death metal. Lyrically, they proclaim the fall of mankind in every possible way: war, financial woes, historical miasmas, corruption and world issues.