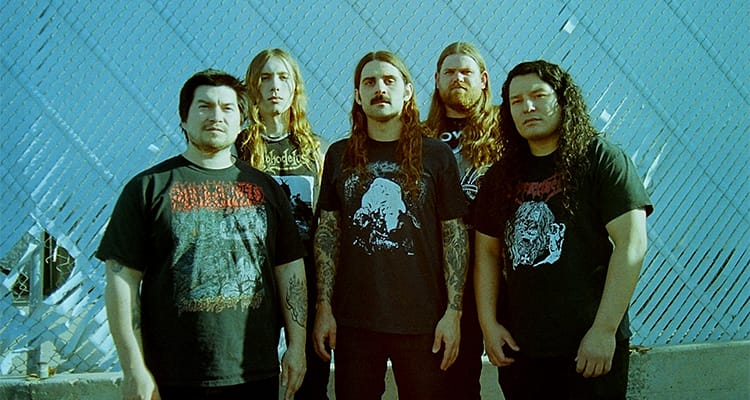 In 2023 this death metal band from Phoenix, Arizona, is celebrating a decade of extreme metal.

In 2014 they grabbed the underground scene by the nut sack with their self-titled EP ‘Gatecreeper’ that called to mind Entombed with a whiff of hardcore added to the mix. Personally they describe their music as a hybrid of death metal, doom metal and hardcore punk. Their 2021 release ‘An Unexpected Reality’ was named one of that year’s top 25 albums by metal and hard rock magazine Revolver. In the autumn of last year they accompanied Lamb of God, Kreator and Thy Art Is Murder for several months on the postponed ‘State of Unrest’ tour. If you missed them in Kavka (Antwerp) and Ancienne Belgique (Brussels) then here’s your chance to make amends.