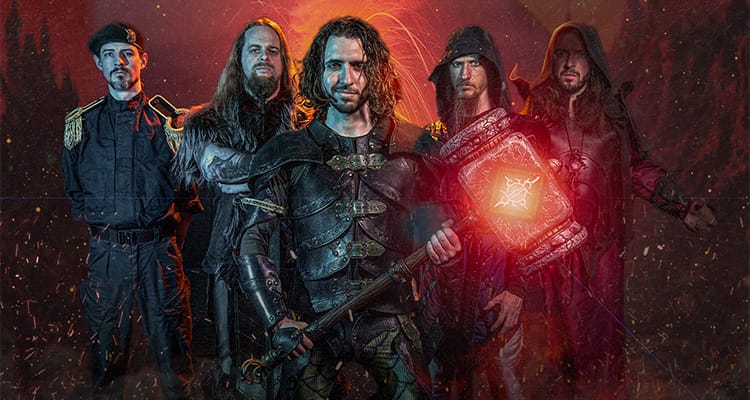 Gloryhammer is one of those bands that really know how to spin a compelling narrative. In 2012 Alestorm mastermind/vocalist/keytar lover Christopher Bowes founded a new power metal band inspired by the mysterious and misty decor of the medieval Scottish Highlands.

On their 2013 debut, the concept album ‘Tales from the Kingdom of Fife’, Gloryhammer tells tales of epic battles, fiery dragons, witches and wizards, but always tongue-in-cheek. Their sophomore album ‘Space 1992: Rise of the Chaos Wizards’ (2015) added a sci-fi touch to the tales of its predecessor and clearly struck a nerve because it helped Gloryhammer outgrow the club circuit. They built an impressive legion of fans whose ranks continued to swell following the release of ‘Legends from beyond the Galactic Terrorvortex’ (2019). If you want to forget all about your worldly troubles for an hour or so and submerge yourself in an imaginary battle for the universe then answer the call and join the Gloryhammer ranks!