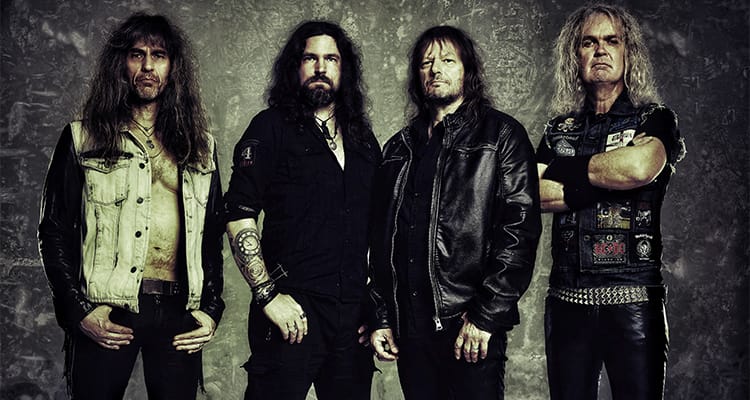 Almost forty years ago this German band released their legendary debut album ‘Heavy Metal Breakdown’ (1984), instantly making a name for themselves on the domestic metal scene.

They went on to rank among the big four of the German power metal scene alongside Helloween, Rage and Running Wild, and they helped establish the label ‘Made in Germany’ as an international hallmark for quality heavy metal. With 21 (!) albums since their 1984 debut they are also one of the most prolific heavy bands around. On early records like ‘Heavy Metal Breakdown’ and ‘Witch Hunter’, their style was widely held as a premier example of the true Teutonic sound. In the 90s, they started working on concept albums steeped in legends and sagas. Lyrically they also explored the realms of war, freedom and peace, such as on ‘Liberty or Death’ (2007). In 2020 they celebrated the band’s 40th anniversary with the release of ‘Fields of Blood’. On ‘Symbol of Eternity’ (2022) they once again regale us with tales of the crusades. Fans of unpretentious, unadulterated, undiluted classic heavy metal will love Grave Digger.