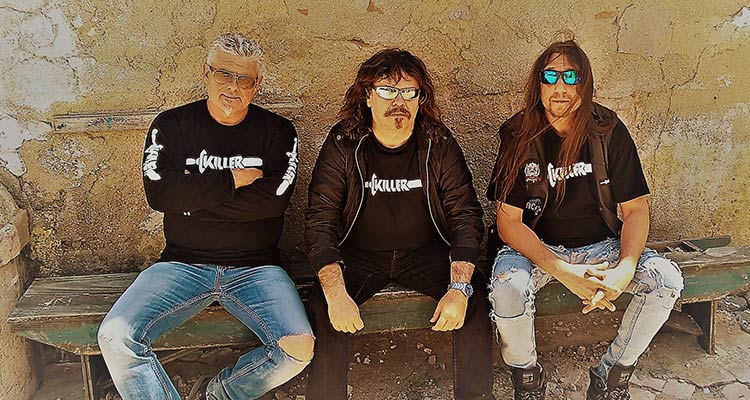 As a power trio they are often compared to Motörhead but over the years they develop and perfect their own sound. Their full-length debut ‘Ready for Hell’ (1980) makes a powerful statement and when Fat Leo is replaced by double bass monster Double Bear the trio is ready to take on the world: ‘Wall of Sound’ (1982) and ‘Shockwaves’ (1984) are strong albums that make an international impact. In the mid-80s Killer briefly pulls the plug only to reform in 1989 and subsequently disband again a few years later due to the rising popularity of grunge. They reconvene again in 2002 and ‘Broken Silence’ (2003) earns them a slot at GMM. Killer has continued to exhibit remarkable staying power and both ‘Immortal’ (2005) and 2015’s ‘Monsters of Rock’ are greeted with critical acclaim. Forty years on, Shorty continues to fly the Killer flag and the 2020 rhythm section with Vanne (drums) and Ian Anthony (bass) generates the thrust and powerful dynamics that drive the authentic Killer sound.