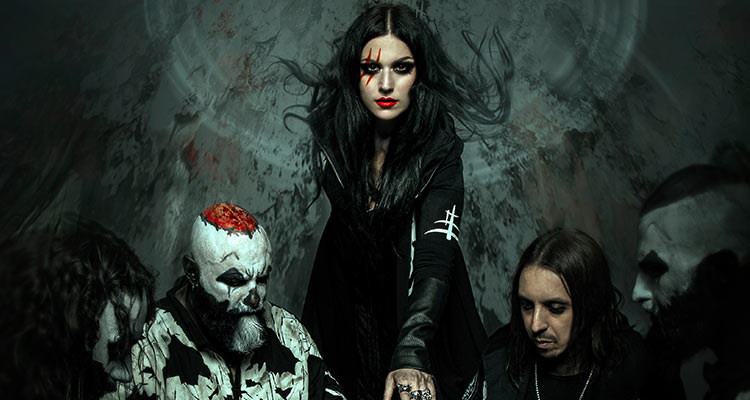 Milan-based Lacuna Coil have been the flag bearers of the Italian metal scene since before the turn of the millennium. Starting out as a gothic metal band, they were initially successful in Europe alone. Comalies (2002) was a milestone for the band in Europe but it wasn’t until their 2006 album ‘Karmacode’ that they finally managed to break into the mainstream US market.

Lacuna Coil’s sound has evolved dramatically over the years: from their gothic beginnings to the more accessible ‘Shallow Life’ (2009) and ‘Dark Adrenaline’ (2012), across the alternative rock/metal of the ‘Broken Crown Halo’ (2014) to ‘Delirium’ (2016), which signals a return to full-blooded metal. The album sees Cristina Scabbia exploiting the full range of her impressive vocal abilities, Andrea Ferro is back to his old grunting self and an infusion of Meshuggah-style riffs makes for a much heavier album than some of its predecessors. Released to rave reviews, ‘Black Anima’ (2019) is their heaviest album yet and can easily stand alongside ‘Comalies’. With the band members exclaiming how much they love performing the new stuff live Lacuna Coil ate steering a course for roiling waters, a decision most of their early fans will certainly applaud.