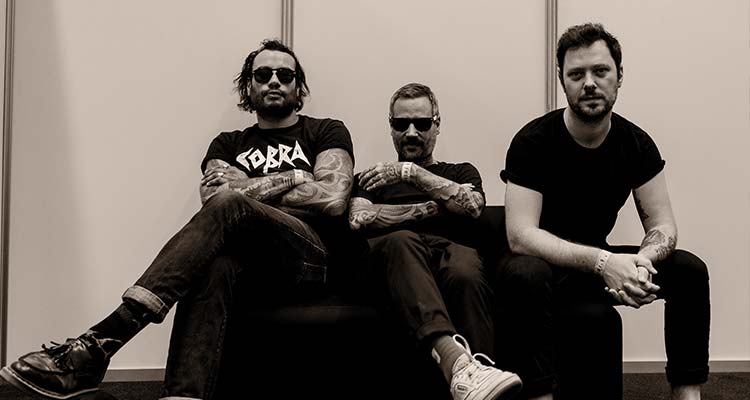 Their self-titled 2015 debut is an unadulterated stoner rock record that was greeted with enthusiasm and its more progressive successor ‘Sun Rose’ (2019) widened the spectrum to include influences from other rock genres.

Although progressive rock fans will detect whiffs of Torche, Helmet and Elder in their songs, My Diligence primarily deliver scorching no-nonsense rock ‘n’ roll. Meanwhile reduced to a trio, they unleashed their third full-length earlier this year with ‘The Matter, The Form and Power’ (2022)’. Undeniably heavier than its predecessors and influenced by the likes of Amenra, Cult of Luna and Meshuggah, the tracks have a higher specific gravity and the vocals are much more extreme. The proggy stoner/sludge fusion with post metal inclinations will definitely appeal to stoner and prog fans. Instead of rigidly sticking to well-trodden stoner paths My Diligence are not afraid to push the boat out and see how far their formula will stretch. They’ve come a long way since their beginnings and it will be interesting to see where their explorations take them on their fourth album but before then they will lay waste to our prison.