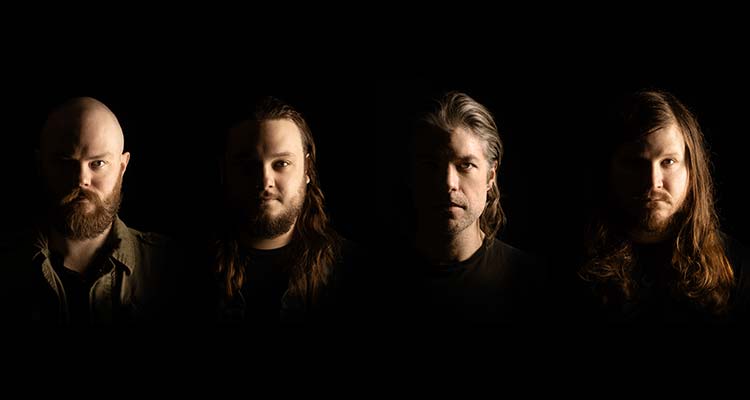 Little Rock, Arkansas, is the home of doom metal peddlers Pallbearer. Their sound is indebted to the slow riff-based approach pioneered by Black Sabbath and is supplemented by psychedelic guitar harmonies.

On later albums they also started incorporating prog elements into their music. Their first full-length ‘Sorrow and Extinction’ came out in 2012. As with all good doom albums, the riffs steep the listener in fathomless oceans of sorrow and despair. Brett Campbell’s vocals are amongst the standout features on this album. Alternately soaring and at times infinitely plaintive, his voice is infused with heartfelt emotion that adds a dimension to the overall experience. Follow-up ‘Foundations of Burden’ (2014), with four of the six tracks breaking the ten-minute barrier, met with both metal and mainstream acclaim. Choosing to build on the genre’s traditions rather than perpetuate them, their sophomore outing is infused with hope, a characteristic not often associated with the doom metal genre. The cross-genre-borders appeal of ‘Foundations of Burden’ comes to full fruition on their third studio effort ‘Heartless’ (2017), which showcases their effortless ability to transition seamlessly between prog and doom. Also appealing to a rock and indie audience, the album signalled their international breakthrough. Their most recent outing, 2020’s ‘Forgotten Days’, deals with family loss and contains a few shorter, groove-orientated tracks that add fresh ammunition to the band’s armoury. Pallbearer are a must see for doom/prog metal fans.