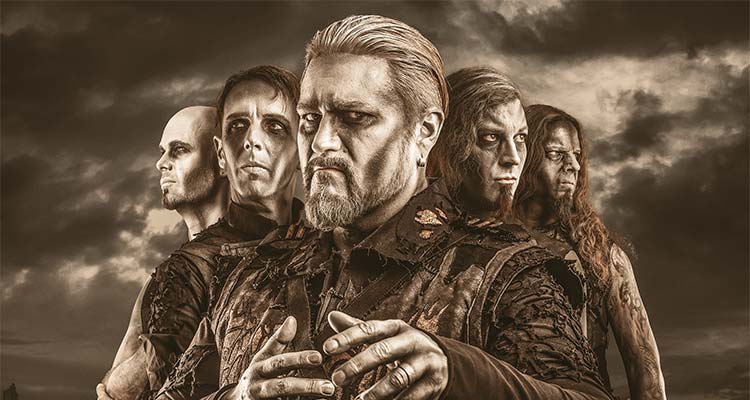 The career of German power metal heroes Powerwolf reads like a fairy tale but more than anything their success is the result of a strict work ethic that leaves nothing to chance.

Since their foundation in 2004 they have amassed a slew of gold and platinum records. Their standout releases include their first gold record from 2015, ‘Blessed & Possessed’, 2018’s ‘The Sacrament of Sin’ (2018) and their most recent outing ‘Call of the Wild’ (2021). With ‘The Monumental Mass: A Cinematic Metal Event’ (2022) they also succeeded in catapulting one of the most talked-about Covid-era streaming events straight into the charts, an amazing feat for an audiovisual release. Meanwhile their standing in the metal community is such that several other bands have recorded cover versions of Powerwolf tracks (‘Communio Lupatum’ from 2018) or lent their voice to alternative versions (‘Missa Cantorem II’, 2022). In the wake of their extremely successful Wolfsnächte 2022 tour they are now preparing to take European festival arenas by storm next summer with their impressive live set-up. In addition, their new ‘Interludium’ album will be unleashed on Good Friday next year. Plenty of reasons to stake your place in front of the main stage on Friday 11 August.