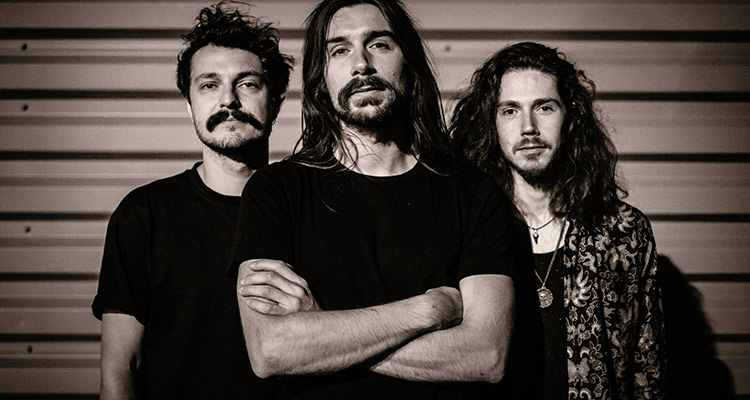 'Violate Consensus Reality' is without a doubt one of the best metal albums of 2022. The sophomore record of Belgian post metal/sludge peddlers Psychonaut was greeted with enthusiasm by fans and critics alike and that was the perfect excuse to invite them to our little prison shindig for the third time, and the second time in a row.

When Psychonaut self-released their 2018 debut ‘Unfold the God Man’ this put them in the crosshairs of Pelagic Records, who re-released the album. Despite the Covid episode, ‘Violate Consensus Reality’ also garnered international acclaim and the trio even embarked on a European tour. Their new album features guest appearances by Stefanie Mannaerts (Brutus) and Colin H. van Eeckhout (Amenra), although a top-flight band like Psychonaut doesn’t need well-known guest musicians to make a lasting impression.