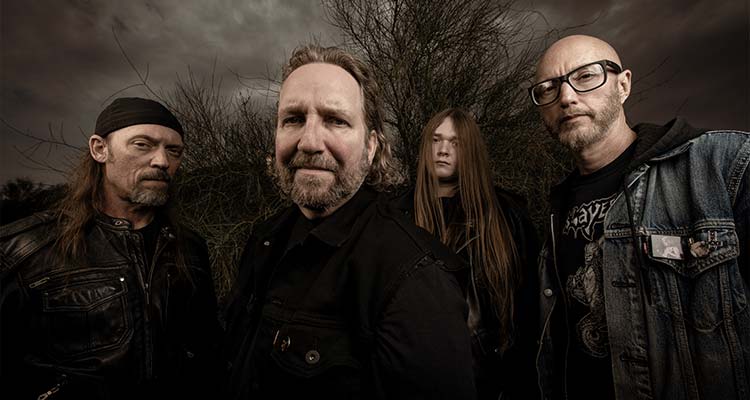 Sacred Reich are a popular band from the second wave of thrash that swept across the globe in the late 80s. The cheerful gang from Phoenix, Arizona, soon made a name for themselves with the speed devil attack of ‘Ignorance’ (1987) and ‘Surf Nicaragua’ (1988), and the grooving mid-tempo thrash of ‘The American Way (1990) and ‘Independent’ (1993).

They split in 2000 but the band was subsequently revived in 2006. Electing not to record any new material, they preferred to simply play the old classics and no new material was forthcoming... until August 2019. Did the current state of the world stoke singer/bassist Phil Rind’s socio-critical and anti-political inner fire? For Sacred Reich to hit the studio after a recording drought of more than two decades hardly seems a coincidence. Whatever the reason, it seems like not a day has passed since ‘Heal’ (1996). Punk/thrash attack? Check. Socially conscious lyrics? Check. Aggression from every pore? Check. Look out for a generous helping of new stuff and classics like ‘The American Way’, ‘Death Squad’, ‘Surf Nicaragua’, ‘Who’s to Blame’, the inevitable ‘War Pigs’, ‘Ignorance’ and ‘Love… Hate’.