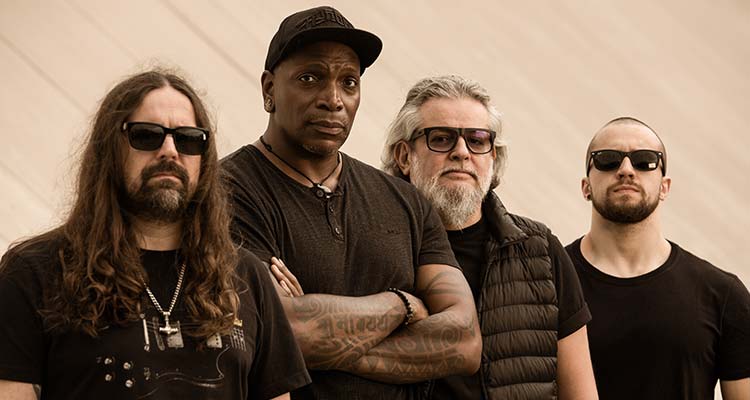 Formed in 1984 by the Cavalera brothers, Sepultura made their mark with ‘Beneath the Remains’ and ‘Arise’. From the late 80s onwards they were one of the flagbearers of the thrash and groove metal scenes.

They are widely viewed as worthy ambassadors to their home country of Brazil and on some of their releases incorporated traditional Brazilian music, most notably on ‘Roots’ (1994). The band imploded in 1996 and subsequent outings met with declining commercial success. Still, the new line-up eventually found its feet with more hardcore-oriented material as well as industrial and alternative metal influences without abandoning the band’s intricate groove sound. With influences ranging from death, thrash, groove, industrial and nu-metal to hardcore and more, ‘Machine Messiah’ (2017) takes the best of their rich catalogue to forge a consistently heavy and catchy album with an innovative drive. In an age when metal is often accused of a lack of innovation and experimentation, Sepultura are a well-oiled machine that continues to broaden its horizons without abandoning their bloody roots. Their latest slab is actually an excellent introduction to their entire discography as the concept album highlights all the aspects of their illustrious career: traditional Brazilian music, melodic, industrial influences and, of course, thrash. Vocalist Derrick Green, who has been roaring Sepultura audiences into submission since 1997, and powerhouse Eloy Casagrande are in exceptional form on their latest slab ‘Quadra’ (2022).