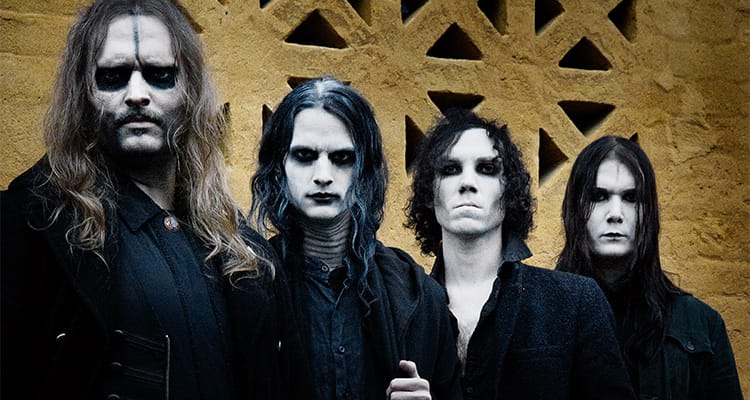 Swedish death metallers Tribulation debuted in 2009 with ’The Horror’, a universally praised album that managed to combine the most attractive aspects of death and thrash metal while avoiding the numerous pitfalls that lead to mediocrity.

Fans of Possessed, Entombed, Kreator and Death will think they’ve died and gone to heaven with this one. At more than double the length of their debut, ‘The Formulas of Death’ (2013) takes a different approach. While the death metal backbone is still present, it’s catchy riffs and intriguing atmosphere that carry the day here. ‘The Children of the Night’ (2015) takes a completely differently tack, abandoning the death metal ways of their previous output and drawing instead on traditional heavy & black metal and psychedelic & gothic rock. The omnipresent organs and synths lend the disc a vintage, psychedelic feel and the lyrics focus on the occult and the supernatural. On ‘Down Below’ (2018) Tribulation still wear their extreme music heritage on their sleeve in the vocals and some of the riff patterns but on their most recent outing ‘Where Gloom Becomes Sound’ (2021) they venture even further down the gothic path.