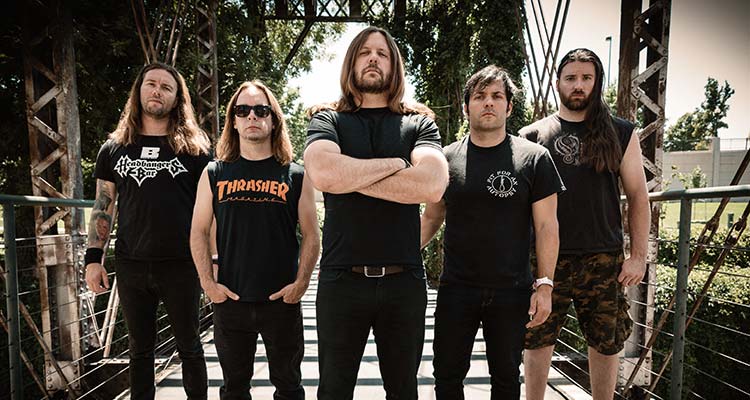 Hailing from Boston, Massachusetts, Unearth are in for their first stretch at our correctly facility this year. Rooted in the metalcore scene, Unearth evolved into an uncompromising metal band.

The intensity and musicianship on their second outing ‘The Oncoming Storm’ (2004) made for an excellent metalcore album but ‘Watchers of Rule (2014) was a bit of a gamechanger for them that saw them expanding their horizons somewhat without altogether abandoning their bread-and-butter formula. The pounding riffs, classic twin guitar work, raw vocals and boundless energy took Unearth’s music to the next level. Their most recent effort nevertheless reprised the sound of their early days to make more impact in a live setting and they sure as hell succeeded. ‘Extinction’ (2018) is a collection of mosh-worthy tracks that will grab you by the throat. Get ready for a career-spanning set by one of the leading lights of the metalcore scene. They rose to prominence during the first wave of metalcore and nearly a quarter century later their music still stands the test of time.