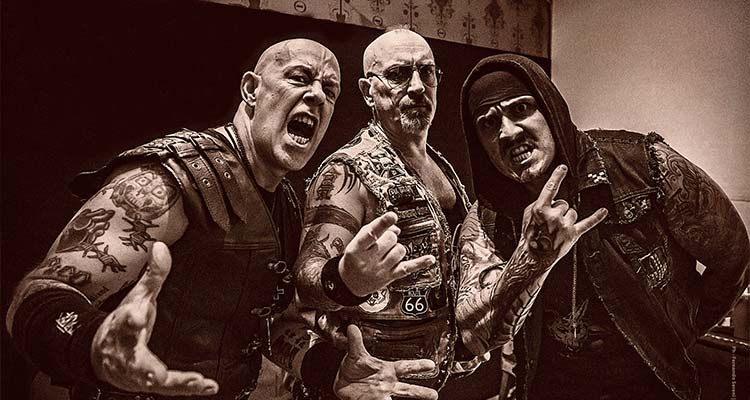 Venom formed in 1978 in Newcastle and unleashed two legendary albums in consecutive years. Their debut and sophomore releases, ‘Welcome to Hell’ (1981) and ‘Black Metal’ (1982), were a major influence on the burgeoning thrash, death and black metal scenes.

Foregoing the more technical approach of some of their contemporaries, Venom instead elected to focus on sheer speed. The lyrical content has always been inspired by satanism and paganism. The second album in particular was such a landmark effort that it lent its name to an entire subgenre of metal: black metal! This year marks the 40th anniversary of the seminal ‘Black Metal’ album that contains such undying classics as the title track ‘Black Metal’, ‘Don’t Burn the Witch’ and ‘Countess Bathory’. In honour of the dark lord, Venom Inc. has vowed to celebrate this glorious occasion by blasting through the album from start to finish! Jeff Dunn, Tony Dolan and Jeramie Kling are landing at Alcatraz this summer to continue the legacy so slaughter the sacrificial lamb and bang your heads to ‘Black Metal’! Venom Inc.’s sophomore effort ‘There’s Only Black’ is set to drop in September so prick up your ears for a few morsels off the new album as well!