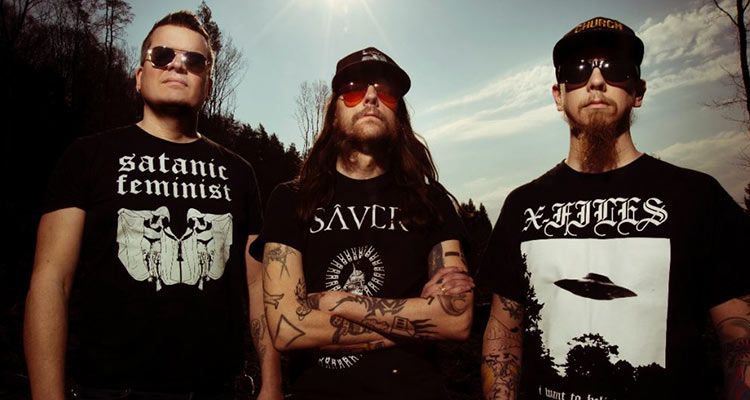 Gothenburg is hallowed ground for death metal enthusiasts because it has produced an almost endless supply of first-rate bands since the early 90s. One would almost forget there’s a pretty lively doom and sludge scene there as well.

Take fuzz-loving doomsters Monolord, for instance. The blend of doom, sludge & stoner on ‘Empress Rising’ (2014) set the tone from the off. Just twelve months later, the epic and heavy, crushing and psychedelic yet melodic ‘Vaenir’ hit the shelves and catapulted them to the top tiers of the doom metal scene. Later that year their interpretation of Black Sabbath’s ‘Fairies Wear Boots’ showcased their versatility. Their fan base exploded and they graced festivals like Psycho Las Vegas and several editions of Desertfest with their fuzzy wall of sound. ‘Rust’ (2017) followed the recipe of its predecessors but their latest effort ‘No Comfort’ (2019) shows a slight shift in musical direction: the songs sound cleaner and less fuzzed-out, Jäger’s vocals are more to the front of the mix than usual and in places the heavy riffing is offset by a melancholy atmosphere. Their latest outing ‘Your Time to Shine’ dwells in the same landscape, albeit with a more doomy predilection than its predecessor. Still riff-based and heavy, they seem to be finding their own signature sound. Monolord is one of the top picks on the scene today for fans of slow, ominous stoner/doom metal.