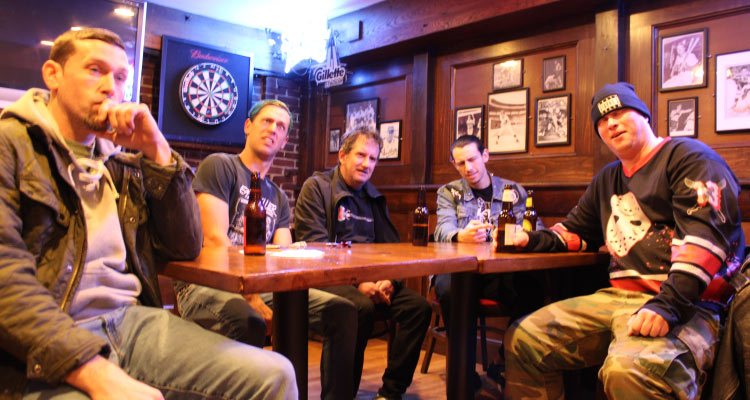 When Chris Doherty returned to the stage in late October 2022, many fans of the American punk rock/thrash band GangGreen breathed a sigh of relief. In 2018 the vocalist suffered a major stroke that left him paralysed on his left side and that caused significant heart and brain damage.

For a long time it seemed impossible that he would ever set foot on a live stage again but Chris fought like hell and has meanwhile made a full recovery. Now that Chris is ready to kick ass again we couldn’t wait to bring GangGreen to Belgium because they are one of the bands that made an indelible mark on the East Coast hardcore/punk scene and in the late 80s they helped put crossover thrash and speed metal on the map. Chris was just fifteen when he started out in the music business. Three years later there were a few hiccups but in late 1984 GangGreen returned in a new incarnation that wrote history with their groundbreaking maiden album ‘Another Wasted Night’. The line-up has changed constantly over the years and reunions alternated with long periods of inactivity. As a result their studio output has been limited but not to worry, Doherty is back and raring to write a new chapter!