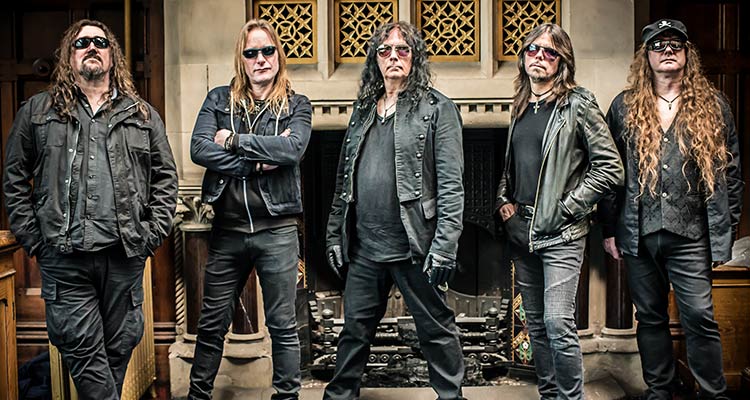 Formed forty years ago, the English heavy metal band Satan is firmly rooted in the NWOBHM. In the eighties they steer an alternating musical course with a gradual shift towards technical thrash metal.

There are also several name changes and for a while the line-up includes a vocalist called... Michael Jackson. In the early 90s Satan dissolves temporarily but after a few failed reboots the original line-up that recorded ‘Court in the Act ‘ (1983) finally makes a fresh start at the dawn of the new millennium. Whereas the reunions of several other older bands become tangled in good intentions that rarely progress beyond the stage of pure nostalgia, Satan are able to pick up where they left off. The Steve Ramsey/Russ Tippins tandem is every bit as skilled as the legendary combos Dave Murray/Adrian Smith (Iron Maiden) and Glenn Tipton/KK Downing (Judas Priest). The English quintet prove that classic English heavy metal can still sound relevant today and that’s why we invited them to play Alcatraz again this year.