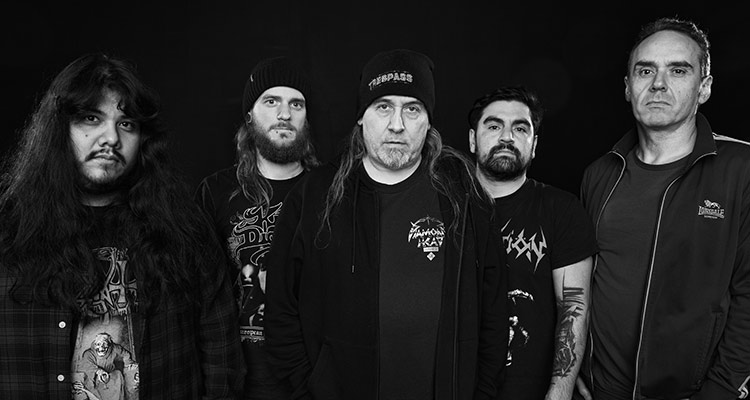 Whenever the topic of conversation turns towards legendary Belgian metal bands from the 80s, Cyclone is always one of the first band names to drop. This infamous thrash metal outfit from Vilvoorde had been around for several years when Roadrunner Records released their renowned full-length debut ‘Brutal Destruction’.

Tracks like ‘Fall under His Command’ and ‘In the Grip of Evil’ and opening slots for Slayer and Metallica made a lasting impression. After the outstanding album ‘Inferior to None’ (1990), Cyclone crumbled apart and the band members went their separate ways. Frontman Guido Gevels and his club Negasonic in Aalst remained household names on the scene. Then one evening an impromptu jam session with former Cyclone guitarist Stefan and a few old Cyclone tunes was all it took to rekindle the smouldering embers. Last year Alcatraz hosted the very first reunion show of these Belgian thrash legends and it more than lived up to everyone’s expectations. Now they’re back for more and once again it’s a gig that genuine thrash fans cannot afford to miss!